Skip to content
Review:
Allegiant is a science fiction novel for young adults, written by the American author Veronica Roth and published by HarperCollins in October 2013. It completes the Divergent trilogy that Roth started with her debut novel Divergent in 2011.The book is written from the perspective of both Beatrice (Tris) and Tobias (Four).The novel is being adapted into a two part film, the first part of which is scheduled for release on March 18, 2016.
One choice will define you.
What if your whole world was a lie?
What if a single revelation – like a single choice – changed everything?
What if love and loyalty made you do things you never expected?
I had mixed feeling for Divergent series. I loved Divergent, however Insurgent was not as interesting as Divergent. When it came to Allegiant I was excited since Insurgent left
us cliffhanging. But I was disappointed by the way things turned out.
I suppose a fire that burns that bright is not meant to last.
Allegiant starts right where Insurgent left off. Unfortunately, in this whole series, direction got lost some where. Tris and her friends form a group named Allegiant and proceed towards the city walls and end up in the Bureau. Later they discover that their city and people were part of experiment.
They get to know about DNA, Damaged gene, etc.
As said in the book – Everything can change with a single decision.
There were lot of senseless deaths that made no sense and purpose. What disappoints most is that most of the interesting things were covered in 1st and 2nd books while the 3rd book was too rushed in spite of the numbers of pages filled.
Overall it is packed with lot of twists, experiment, shocks, surprises, huge risks and decisions.
Well, novel ends with inspiring lines:
Since I was young, I have always known this : Life damages
us, everyone. We can’t escape that damage. But now, I am
also learning this : We can be mended. We mend each other.
Ratings: 3.7 stars out of 5.
Regards,
Dhruvi Sarda 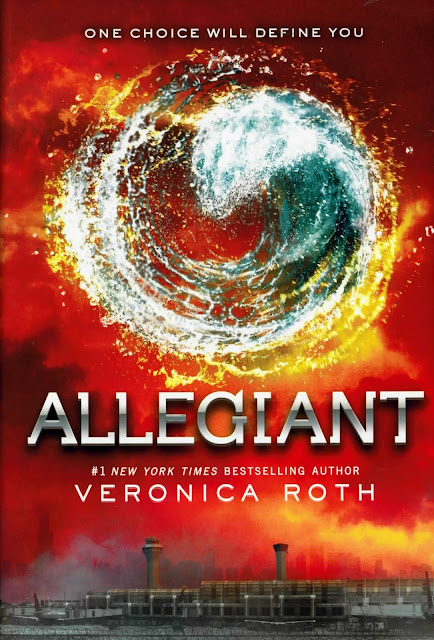